An Extraordinary Day for Raphael Design! 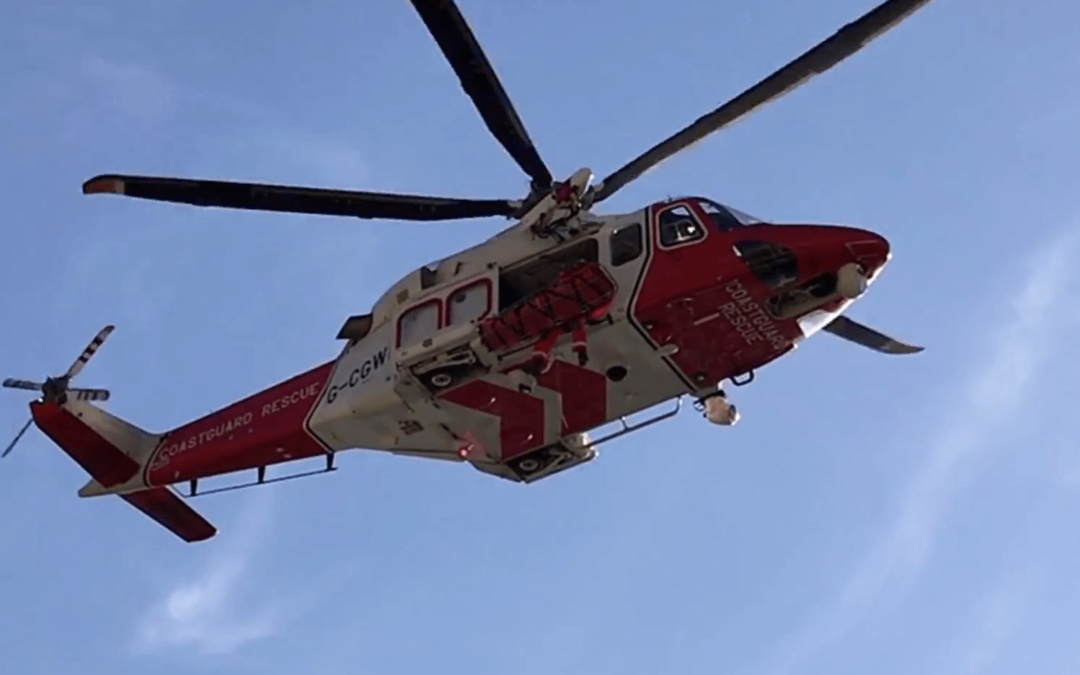 Saturday 25th March took an unexpected turn for the two directors of Raphael Design, Pete and Clare Lubrano. The couple had been enjoying a weekend of rock climbing at Portland in Dorset when unfortunately Clare sustained a fall.

‘ I had just began a climb on the slabs at Blacknor North. Unfortunately I lost my footing and before I knew it I had fallen about 15 feet, crashing down into a gulley and landing heavily on my right shoulder and back. Fortunately my climbing helmet had protected me from head injury. Though I was finally able to get to my feet it soon became apparent I had sustained quite a blow as I was having some difficulty breathing and my back and right shoulder were both very painful.’

Pete and Clare realized that a visit to A & E was going to be necessary but the main challenge facing them now was how Clare was going to get back to their car. The walk back was going to involve a good half hour scramble over rocks and cliffs. Despite Clare’s best efforts to give it a go, it was quickly concluded that this was not going to be a possibility.

The only option was then to call for help from the emergency services. A pair of climbers offered to scramble to higher ground to get a phone signal and before long, several members of the Coastal Rescue team were at the scene and the Portland Rescue helicopter was hovering overhead.

Pete continues with the story:

‘The helicopter crew were facing the challenge of lowering one of the crew to where Clare and I were situated, which in effect was like a ‘funnel of rock’. After careful consideration from the pilot, the team paramedic descended on a wire and once on terra firma he cheerily introduced himself as Ryan.

‘After an initial assessment of Clare’s injuries Ryan confirmed he would have to take her back with him in the helicopter, so the stretcher was lowered and with great care she was assisted on to it. The ascent into the helicopter was equally challenging and I was so impressed with the skill and tenacity that these rescue teams possess.’

Having been flown to safety Clare was then taken to Dorchester hospital where she was diagnosed with a collapsed lung, which was treated with a chest drain. After a two-night stay at the hospital she was discharged and able to travel back home to Staffordshire with Pete.

During her stay at the hospital, unbeknown to Clare, she had made the front page of the Dorset Echo with the headline of ‘Rock climber airlifted to hospital after 30ft fall’. Though the article’s version of events was a bit more dramatic that what had actually transpired, local interest in the Portland Coastguard helicopter is high as at the end of June 2017 it is being decommissioned. The Lee-on-Solent helicopter based in Hampshire will, from then on, deal with any requests for search and rescue in the area.

Click here to read more from the Dorset Echo

Clare is now making a good recovery after her fall but plans to take it a bit easy for the next few weeks. She would finally like to add:

‘Though it has been a dramatic few days I would just like to thank so very much the fantastic crew of the Portland Coastguard helicopter and the ground team too who came to my assistance. Not to mention all the staff at the Dorchester hospital who looked after me so well following my fall. I am hoping to be back climbing in the next few months. It is a fantastic sport and takes us to so many beautiful places in the UK. I do hope, however, that the rest of the climbing season continues without further incident.’